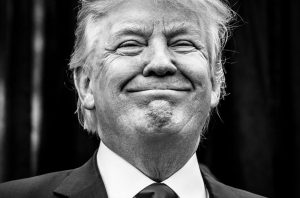 Communication skills are the crème de la crème, and the king of all assets to obtain and deftly demonstrate as a functioning human being.

It’s tricky though, because in theory, most will agree with this assertion. But in practice, few consistently demonstrate the effective soft skills, at the high levels, they claim.

Don’t believe me? Just look around: at your place of employment, within your family dynamics, with your friends, at the corner gas station, or grocery store. Communication breakdowns are prevalent, even rampant, everywhere, all of the time. So it stands to reason, that we all can’t be as good at this shit as we think we are. If we were, we wouldn’t have the problems that we do… or at least the frequency and duration of them would be much less. But it’s not the case. According to an Inc. magazine article, it’s “estimated that communication barriers cost the average organization $62.4 million per year in lost productivity.”

But what some may see as communication barriers or breakdowns, others see as opportunities to circumvent the system. To get ahead. No matter the cost.

At a very basic level, but hardly basic in its execution, Donald Trump’s secret weapon was using strategic, persuasive, and clever communication skills to become the 45th President of the United States. Approximately, half or less of you reading this believe Donald Trump was not qualified to be the President of the United States. Sure, he’s been successful in business (depending on how one defines “success”), but that doesn’t qualify him to run a government, nor to be the figure-head of the free world. He’s proven that he does not possess the temperament, nor the appropriate kind of selfless communication skills to lead the nation diplomatically, and bring people together.

But here’s the thing: it doesn’t matter if he’s qualified or not. He was not the President because he was qualified to be, but because he executed both masterful, as well as mindless (and perhaps illegal) communication skills at the necessary times, in the necessary ways, to influence and move mass behavior in the necessary quantities. He used social media in ways never before seen by a sitting United States President. Some were aghast over it, while others reveled in it.

And this proves all I’ve ever said about communication and its affects on everything. And that is this:

Move others toward you with how you communicate, and what you are technically “qualified” to communicate… will matter much less.

It’s about influencing people to take action. Just because you may not like it, doesn’t make any less true. You see, communication trumps qualifications every time. Convincing enough people that you are qualified even if you aren’t, through strategic communication, is what qualifies you. It’s been happening throughout history. But the questions become how will this communication will be used?

And what side of history do YOU want be on?