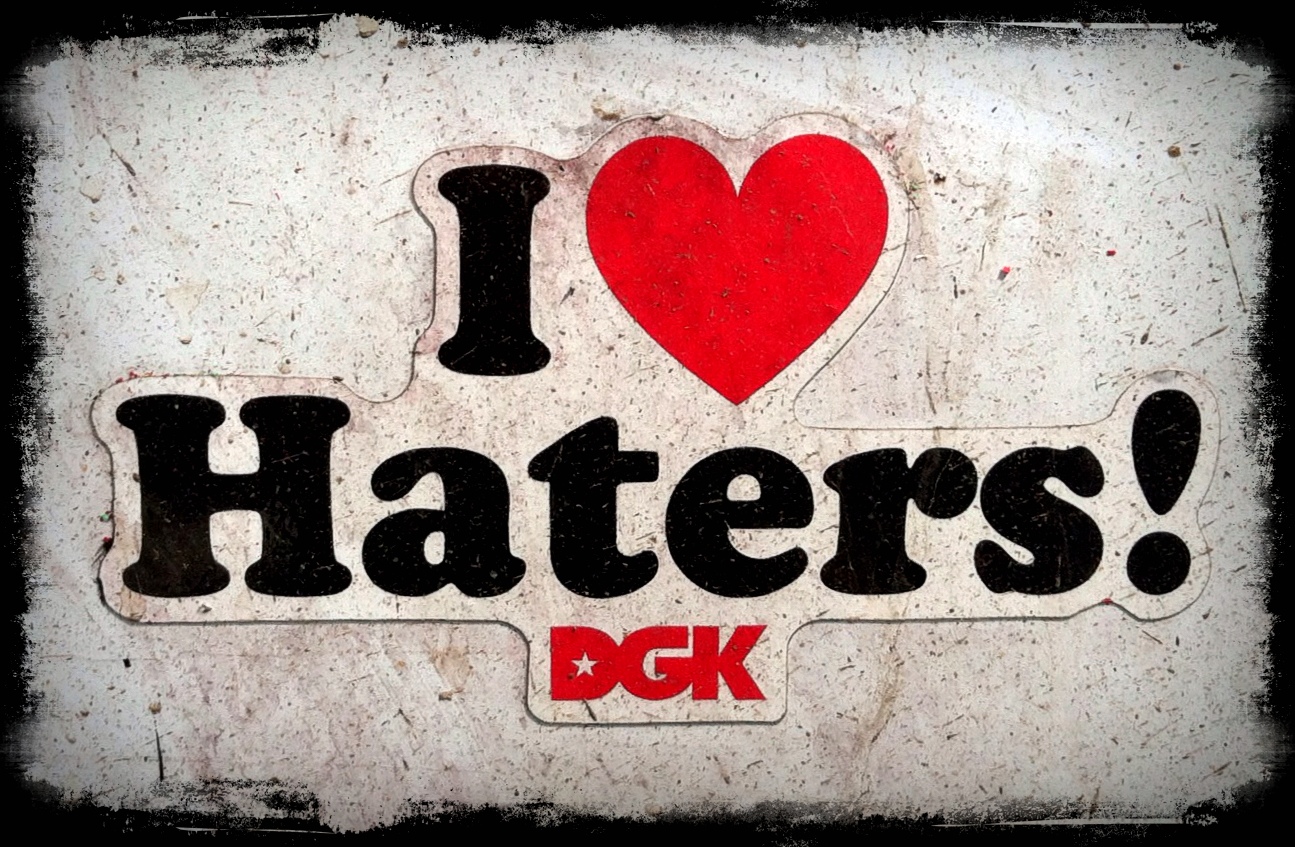 “To escape criticism… do nothing, say nothing, be nothing.”~ Elbert Hubbard

As a creator of any kind of content, the middle-ground is the dead zone.

Getting lovers gets you haters.

This IS what you want…

“If you’re not generating a negative response from someone, you’re probably not fascinating anyone.”~ Sally Hogshead

I say it often: I’m not seeking consensus nor controversy within my work. I’m seeking critical thinking. Dissension gets attention but is often a cruel tool. But recognize that being polarizing at times can be very positive for your purposes. Move away from the middle…

Understand that the mere presence of haters means you’ve struck a powerful chord. Take this as success, not failure, because you’re now finally on the radar.

Don’t hate the haters. They’re confirmation that what you’re doing has real merit. Their rabid rancor is the result of the compelling communication of your content.

“There is no defense against criticism except obscurity.”~ Joseph Addison

Resist the urge to please the majority.

Instead, persist in the urgency to please your minority… that niche you know digs what you do.

This will win you more fans than foes in the long run.

This may require a shiFt in perspective.

This may also require that you unapologetically grow a pair.

You see, some will love that “ballsy” last line while others will hate it.

But I can’t care because this is how I think, how I talk at times, and who I am. The real me.

Come one, come some… just come. Perhaps in pairs… 🙂