These are the paths of least resistance. The easier things to do. The most predictable ways to behave. The ways most choose to take. These are the easy ways…

Why? You already know. Because it’s less painful. It’s less work. It requires less effort. But the easy way only works for the short-term. And the long-term consequences are much more painful.

So common is the choice to avoid the hard way.

The hard way is the road less travelled. Those who have the courage to choose this way, lead the way and end up way ahead.

It’s a small population that most think they’re included in, but few actually are in reality. It’s a group that only those committed and capable of beating down their own self-deception and biases can truly be a part of. All are invited and welcome, but only a few elect to do the work necessary for inclusion.

It’s one of the most slippery slopes there is. Ask most about the “hard way” and you’ll usually get proud and puffed-up replies that strongly confirm that of course they’re part of this rare group. In many cases, the mere questioning of this will often be met with the aforementioned defensiveness and condescension which is evidence of the opposite.

Recently I sat across the table from a trusted female colleague who was telling me in her words “what was what” about me and some recent personal issues I chose to share with her. The leveling of my pride, and willingness to endure (yes, at times it required great endurance), the litany of hard truths she was sharing with me was anything but easy.

Much of what she was objectively sharing with me was spot-on. It was the truth, and at times, very hard to hear. But I chose to listen, and to truly consider her perspective and point-of-view. Since then, I’ve thought a lot about what she said, and this experience continues to contribute positively to my life as I work at initiating changes in my behavior that influence better outcomes for me, and anyone I interact with in my life personally and professionally.

It’s this type of willingness to be challenged and to learn that’s vital to producing individual growth. Real growth often comes with pain and a price. It’s about seeking differences instead of only similarities. It’s got to be more than just lip-service, and sound bytes. As I’ve always told my son: “saying and doing are two completely different things.” A lot of well-intentioned people are quick to say the right things, and give good speeches, but quit when it comes to actually doing what they say.

Evidence is in one’s behavior, not their banter. 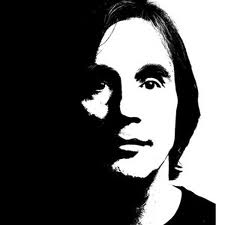