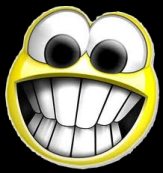 The following is an excerpt from my keynote speaking presentation of the same name:

Laughter, it’s alluring. It pulls people in. It gets attention…

We all love to laugh, but did you know there’s something called “laughter yoga?” I first heard about this when I was in Las Vegas speaking at an (unfortunately, yet predictably dry) education leader’s conference. Just about ready to call it day, and hit the strip, I stopped into one more session and came across a guy who had the whole room engaged, laughing, and having fun. The irony is that this presenter wasn’t funny necessarily, he wasn’t a comedian, or a joke-teller, or a humorist, but what I call a laughter-catalyst. He stressed the health benefits of bringing forth lots of laughter, whether real or forced, to change both your internal and external environments. He went on to say that you can even become a “Certified Laughologist” believe it or not. By the end of his session, not one person in attendance wasn’t smiling, not one person hadn’t been laughing, not one session evaluation was negative, and not one person wasn’t changed by the experience… including me.

Laughter provides a physical response or release of an elicited emotion… And this is related to emotional intelligence, so the message is the Allure of Laugh is not about comedy, as much as it’s a tool toward effective emotional communications foster connection with your audience. It’s not about joke-telling, but about genuine well-being.

To be most effective, comedy (or laughter) must complement, not distract from, our communication. More than just fun and games, laughter aids in learning… (think of Sesame Street – presents an effective mix of laughter and learning), boosts participant performance and motivation, and reduces, anxiety. So to foster the most learning, we must also foster laughing.

According to Dr. Ron Berk from Johns Hopkins University: “Most professors think like professors, and you can’t do that,” Berk says. “What I do and how I teach is all about the students,” he says. “It has nothing to do with me. I’m tapping into their multiple intelligence needs and their culture so that they can understand the material in their terms.”

“A growing body of research suggests that, when used effectively, classroom comedy can improve student performance by reducing anxiety, boosting participation and increasing students’ motivation to focus on the material. Moreover, the benefits might not be limited to students: Research suggests that students rate professors who make learning fun significantly higher than others.”

So, infusing laughter into any training, teaching, presenting, or speaking opportunity is not only nice, but necessary.

So here is some compelling information about the benefits of laughter, alongside with my acronym illustrating The Allure of LAUGH:

L-Levity – “lighten up” figuratively and literally

We know to laugh, but we’re slow to laugh sometimes… (like the uptight teachers at the conference were…)

The average pre-school child laughs or smiles up to ~300-400 times a day. That the number drops to only about 15 times a day by the time people reach age 35. Some studies show that as a culture, people used to laugh ~20 minutes out of every day back in the 1950’s. Today, we laugh for only 6 minutes out of every day. What’s changed? We gotta “lighten up,” and go back in time…

Every time you have a good hearty laugh, you burn up 3-4 calories. Laughing for 10 to 15 minutes increases your heart rate by 10% to 20%, which means you can burn an extra 40-50 calories a day, which can melt away 4-5 pounds over the course of a year.

Laughing 100 times has the same effect on the body as being on a rowing machine for 10 minutes or a stationary bike for 15 minutes.

Yes, you can literally lighten up from laughing…

A–Attraction & Attention – Laughter gets out attention, and and keeps it… because laughter is ATTRACTIVE!

The best communicators are those who we “like.” And we “like” those who make us laugh.
We’re more likely to believe what they tell us; we’re more likely to comply, and do what they ask us to do. We pay more attention to those who make us laugh because subconsciously they’re more attractive & interesting to us. Laughter is a powerful persuasion and influence tool to be used positively for personal and professional benefit.

Researchers have found that audiences perceive witty presenters (just people) as being more competent communicators and more responsive to their needs than their dry counterparts.

And laughing is contagious (think of laugh tracks on television shows)… they’re put there on purpose to pull us in and grab our attention.

U-Universal – everyone understands the “language” of laugh…

Cross-culturally, laughter sounds the same. The sound of laughter is so common and familiar that it can even be recognized if played backwards on a recording.

Additionally, people can recognize smiles from up to 300 feet away, making them the most easily recognizable facial expression around the world.

And of course, closely connected to laughter… are smiles. A UC-San Francisco researcher identified 19 different types of smiles and put them into two categories: (polite “social” smiles which engage fewer muscles, and sincere “felt” smiles that use more muscles on both sides of the face).

And studies also show there are positive effects of smiling and laughing whether the smiles & laughter are fake or real… The body cannot distinguish between ‘fake’ laughter that you just start doing on purpose, and ‘real’ laughter that comes from true humor… the physical benefits are exactly the same, and fake smiling and laughing usually leads to the real thing eventually anyway.

Strategic self-deprecation endears people to us by showing our human side… we all make mistakes, and it’s good to own that and call it out sometimes. But we need to do this sparingly, and be careful not to overdo it and blow it…

“Self deprecating humor disarms people who are ready to pounce on you for the tiniest things. At a deeper level, SDH is a non-conscious signal of inner strength that people feel but don’t see. SDH makes the environment safer for all and you less of a target. Reducing hostility in others makes it difficult for people to be unkind toward you as it spotlights them as a bully. Others hate siding with bullies, so practice the little self pokes and you’ll avoid more of the painful big ones.” ~ Kevin Hogan

Which leads to the final letter of our LAUGH acronym…

H-Healthy – laughter is good for both your body and soul, consider these facts:

Laughter causes the body’s level of stress hormones to be reduced. Hormones like cortisal, dopamine and the growth hormone, which heighten stress levels, diminish.

Not only does it de-stress you, it also helps relieve pain. T-cells function better if you laugh often. It has been medically proved that laughter actually speeds the body’s recovery process. Our pain tolerance spikes after laughing. Watching 15 minutes of comedy, can increase our pain threshold by 10%. Laughter increases the pain threshold by releasing endorphins (our “fell good” chemicals) into the body, a chemical 10 times more powerful than morphine, producing the same exhilarating effect as doing strenuous exercise.

Laughter has also been shown to regulate our sleep cycles and can help to overcome many sleep disorders.

Humor has also been shown to boost brain-power and improve immune-cell function.

Oh there’s a lot of allure, and a lot to like about laughter…

It’s been said that “laughter is the shortest distance between two people.”

“Laughter is the language of God. And we can all live happily ever laughter.” ~ Yakov Smirnoff