Some people are put off because I often use edgy or “course” language in much of my content online and off. Some even feel compelled, and have the audacity to write to me and share their disapproval, in an attempt to “save me” from my wayward ways. Others claim that those who curse do so because they’re limited and/or incapable of using a higher vocabulary to make their points.

I say that’s all bullshit, and wrote a fairly lengthy, and might I even say, clever-as-fuck explanation titled “Power of the Potty Mouth” to dismantle any and all of these asinine arguments. Anyone who knows me, or has followed my work, knows that semantics is one of several key areas of paramount importance to all I do, promote, and propagate. I do not choose my words lightly (nor should you). Whether edgy or elegant, it’s all on purpose, and premeditated to make my points. If you’re of the easily-offended ilk, you’ll likely not like my style, nor are my target audience. No harm, no foul. But, if you have any sense of literary style, and/or sense of humor, you’ll get a kick out of the “Potty Mouth” piece. Peace.

Other titles I considered for this article that I didn’t choose, but liked them enough to still want to list them here: “The Pragmatism of Profanity” – “The Value of Vulgarity” – “The Swagger of Swearing” – “The Cunning of Cussing”…

Cursing, cussing, swearing, profanity, vulgarity, course language, strong language, whatever you call it,  being a potty mouth is often as controversial as it is colorful. But really, what’s the big deal? For some it IS a big deal; for others, not so much. For me and my crew, it’s a day in the life. But before going any FURTHER (FYI – to substantiate my assertion below, I actually researched the best grammatical choice of using either the word “further” or “farther” in the preceding sentence), a point of clarification:

**Am I endorsing the constant use of cursing, cussing, and course language? Well, hell no of course… Like everything in life, there’s always the proverbial right “time and place for everything” right? The when and where are up to each of us based on the current situation or circumstances we find ourselves in. It’s subjective. Three questions I ask myself to assist when assessing this: 1) Where am I? 2) What’s my role? 3) Who am I with? You should be asking and answering these questions incessantly yourself to decipher your best next-steps, to get the best outcomes, for ALL of your communication choices in the moment. This is a core emotional intelligence competency that I will expand on in another post.**

What this is not is another post debating or defending the right to swear or use profanity if one chooses to or not. That’s already been done many times. See a good example here.

This piece is different because it’s about disproving the tired accusation that those who consistently curse do so because they are incapable of “higher” vocabulary. The argument has been put forth that those who curse are somehow less intelligent and/or possibly lower-functioning than non-cursers; and that doing so lessens both their message and personal credibility. (Yeah, I know, bullshit right?) This is about demonstrating the pragmatism of, and proving the capability to strategically use the occasional curse word. Let’s examine the following sentences pairs, one with and one without “course language”…

“According to the Diagnostic and Statistical Manual’s latest revision, Mr. Smith is exhibiting behaviors consistent with Antisocial Personality Disorder.”

“That dude’s one pissed off fucking nut job.”

How about these two:

“She circumvented her responsibility.”

Same thing right? One “nice” way of saying something, one supposedly “crass” way of saying virtually the same thing. Each sentence I wrote was carefully planned. Each word choice was deliberate and had a purpose. The point is clear: I am equally articulate using politically correct, high-brow vocabulary, as I am using more low-brow verbiage. Furthermore, I’m equally competent choosing to use fifty-cent words, as I am comfortable choosing to use five-cent words. And because that’s true, my license to curse is a valid, and valuable addition to my communications toolbox. Both worlds ring true to me, and are useful to my purposes given my needed style of communication at any given moment. This affords me more choices (these next two lines are my personal favorites):

“My palette with which to paint and demonstrate my written dexterity, and my verbal virtuosity is large.”

“Fuck yes it is! That shit’s by design bro…”

See, properly-placed vulgarity can add value to enervated vernacular (look it up…).

But there’s a lot of stigma attached to swearing. Some assert it comes with a cost. Even today, it’s still socially frowned upon by many, in many settings, by and large. It always will be. Hypocrisy is alive and well… always will be (you know who you are). No matter how intelligently debated; no matter how cunning, some will never give cussing its appropriate street cred. It’s truly a pity despite the power the potty mouth wields. Fuck ’em I say, fuck ’em all. Don’t like it? Don’t read it. DO whatever it is that you do to contribute to the conversation. 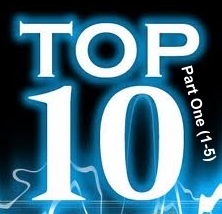