Q&A on the Communichology™ of Pop Culture

Ricky Midway: So why do you try so hard?

Tom Leu: Is this a trick question? Are there hidden cameras nearby or something?

Not at all. I’m serious… you seem so serious all the time with all you do. I’m genuinely wondering why you put SO much effort into your work?

First of all… I know of no other way to be. Second, I respect hard work and dedication from those who produce it. And third, I guess I feel like I have something to prove.

To myself and to others I suppose.

Honestly, isn’t it more about proving it to others than to yourself?

I’m trying. Contributing truth; even if it’s just mine, is what I feel I most compelled to do, and what I most enjoy.

You worry about your life contributions quite a bit don’t you?

Why are you worried? Doesn’t that rob you of the joy of being a creative person in the first place?

At times it does, yes. But I think I worry because of my fear of mediocrity. I’m deathly afraid of being average. I guess I’d rather not do something at all if my output is going to be just okay. I want to move people with what I do; with what I contribute. I want to be great. I suppose it’s all born from insecurity in some form or another. My experience is that perceived greatness (whether internal or external) temporarily quiets feelings of inadequacy and insecurity. But this is fleeting. The inadequacy and insecurity is hauntingly incessant and persistent at times. It creeps back in after some time, and the quest to produce greatness ensues once again.

That’s real honest! And kind of depressing as well…

It’s hard to admit, but proving myself good enough to others has been a lifelong process and pursuit. It is rather depressing at times, I admit.

I’d say it is for most people in one way or another.

Like you alluded to before, it all boils down to self-esteem, feeling like we’re good enough, and our basic need to be liked and loved.

Well, it is. Everything is. And that’s just the way it is.

And that’s the old Bruce Hornsby song from the 80’s.

Of course it is. And I knew that was coming…

Sorry, but it was right there. As you were saying…

So people want to be accepted, liked and loved at their core. And so they pursue acquiring this love and acceptance through many different means… thus attempting to “prove” to others their worthiness of this so-called love? Agree?

Agreed. But the irony is that once a person STOPS feeling like they’ve got something to prove is when they truly START to prove something. This is one of life’s great distinctions that I’ve only recently come to realize. This is wonderful, but it’s also way easier said than done.

Yes it is. But that’s the secret to ultimate success and satisfaction isn’t it? The ability to transcend the need to prove one’s worthiness to others (and ourselves actually) again and again?

Yes, but this is NOT the way of the world. In real life, everything is set up as a test. Pass or fail. Bad or good. Better or worse. Winners and losers. Successful and not-so-successful.

So how is a person supposed to persist against such a deeply imbedded and ingrained social expectation?

This is the hardest test of all.

And one that few of us actually pass.

Then you’re on your way.

As should we all…

Get Notified of New Posts: 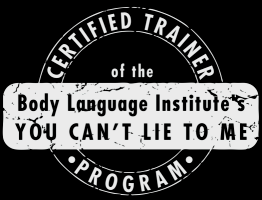 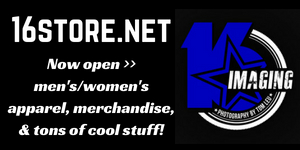