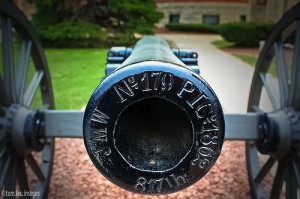 Sometimes we can be our greatest ally and our own worst enemy simultaneously.

Many have shied away from opportunities, and recoiled from challenges and wonder why they feel like they’re stuck in an infinite funk.

Shooting themselves in foot, and becoming perpetual victims of self-inflicted wounds they say:

“But that’s just how I am. I’ve always been this way.”

But, there are endeavors, ventures, undertakings, projects, and situations that demand a new perspective and approach if we hope to affect different outcomes.

Human behavior is largely influenced by learned mental scripts and activity patterns that have been instilled in us from an early age. Some serve us; some don’t. It’s our job to honestly assess which ones are which.

Let me be clear:

I am not advocating becoming someone or something you are not.

I am not encouraging people to be artificial, superficial, or fake.

I am not urging people to be actors or inauthentic versions of themselves.

I’m endorsing that people embrace those parts of their personalities that are already there, but may be lying dormant.

I’m asking people to move out of their comfort zones and take action in areas that they have historically side-stepped or overlooked.

I’m prompting people to get honest and objectively decide to make changes for the best interest of themselves, and others around them.

Anything less is fear-based and the ultimate selfishness. To do less is to deny others the ultimate greatness and uniqueness of you.

If the fear of moving into the unknown is the illness, then action is the antidote.

This stuff is live-giving IF embraced.

The call to action begins by making a decision to answer the call; to finally decide to begin doing things differently than you’ve ever done before; and to be disciplined for the benefit all around you.

You’re staring down the barrel of a new beginning.

But nothing changes until you change.

Will you answer the call?

This is the “easier-said-than-done” stuff that most won’t do.