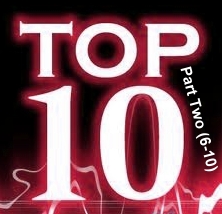 6. Suspension of Disbelief – This is it’s own post… likely even its own book one day. Many folks believe in fairly tales. The internet is a full-on free-for-all proving this assertion. Everybody needs to believe some types of fantasy to make them feel better about their lives… be it adherence to a religious belief, a political ideation, or even just a strong devotion to some certain sports team, etc. Since so much in life is out of our control, psychologically speaking, this is a mechanism to gain 1) certainty and 2) inclusion. Suspending disbelief despite prevalent contrary facts, is very powerful because it meets both of these strong needs all humans require. People want to feel in control, and they want to belong to something that is shared with other like-minded individuals. HOWEVER, it’s reprehensible for otherwise intelligent and responsible adults to deliberately choose to suspend disbelief in favor of self-soothing at best, or self-aggrandizing at worst. We all have a responsibility to seek facts and data to support the facts about the world in which we live. It’s the responsibility of a productive, civilized society. You owe it to yourself, and your kids (if you have any or plan to have any), to CHOOSE to objectively investigate and test any beliefs you hold against facts and data. Any strongly held belief you or I have will  hold up to any scrutiny IF it’s in fact, valid and true.

7. Slow/No Return Communication – Pretty self-explanatory, but worthy of a spot on this list because of it’s rampantness and potential big-picture impact. Listen, I understand that everyone has a (formal or informal) priority list of to-do’s and to-dont’s that take precedence in your life. Things to do and people to do them with are ranked in our (perceived) order of importance. Some stuff, and some people are low-totem pole priorities to us. (Note: this entry does not apply to spammers and telemarketers, etc., but to those we do have some kind of ongoing and necessary relationship with). However, even lower priority people and priorities do not exempt you or I from the common (professional or personal) courtesy of a reasonably timely response. Even the simple, but often under-exectuted gesture: “Sorry, I’m really busy right now, but will get back to you at some point in the future when I finally scrub my non-important people messages” is better than nothing. The key point here is to avoid looking like a complete tool by taking the 30 seconds necessary to acknowledge peoples’ inquiries, and let them know where you’re at and where they stand currently. This speaks volumes of professionalism about you. The opposite is also true.

8. eti-QUIT – This a distant cousin of #7, but more acute and chronic. It’s best explained with two common examples: 1) “The Near Collision” – Two people nearly collide in a public place due to happenstance. What’s the best next response from BOTH parties in this circumstance? Smile and fucking say “Excuse me,” or “I’m sorry,” or some other pleasantry acknowledging the no-fault snafu. Exchange a slightly embarrassed chuckle or chortle perhaps, and then move on. 2) “The Non Thank You” – Someone does something, or anything remotely resembling a kind act for another (hold a door open, pick up something dropped, etc.), and the recipient fails or refuses to acknowledge the gesture. Seemingly benign, but sends a deafening message. Inconsiderate, insensitive, and insolent are a few choice adjectives that immediately come to mind. Another loud and clear message is being sent about the person failing to demonstrate common courtesy. People don’t forget that shit… Read more on this here.

9. Obnoxious Intoxication – Big mouth, big mess. Stop it, stay home, stick your head back up your ass, and stay away from public places. Your intrusive ways are not warranted or welcome. Public intoxication of any sort is the best way to announce to the world that you’re a fucking dick. Oh, so you’ve got family, emotional, psychological, or just life problems in general? I’m sorry. We all do. Go seek help somewhere. Your problems aren’t an excuse for bad behavior. Own your own shit if you ever hope to get better. Your problems aren’t the world’s fault. They’re yours, however they came into your life. It starts with you. Recovery from anything is a choice, and it’s a lifestyle. Go get it. In the meantime, stay the hell out of my face while choosing to self-medicate to ridiculous degrees. It’s you who’s losing in the long-run.

10. Not Speaking Up – Yes, not sharing your point-of-view [appropriately] is a violation, and is also absurd. Why won’t some people speak up? Answer = fear. Fear of being disagreed with and/or fear of being ridiculed. For those truly willing to listen to (not just wait to refute) another’s ideas and opinions, the opportunity to learn and grow exists. This necessitates a willingness to be challenged, and an openness to change; two areas often void of volunteers. Of course we’re not all going to always agree, but I assert that our collective closed-mindedness is one of the most damaging dogmas of all.

11. (BONUS) Speaking Up – Some people ALWAYS have something to say even when they have little to contribute. Ego-maniacs and those who operate as if they’re the alpha & omega exhibit the equally problematic polar opposite condition of #10 above which is arguably much worse. For these folks, it’s as if the sound of their own voice is music from “heaven” that can cure all the world’s ills. You see, there is a time and a place to shut the hell up. There is a time and a place to hold your tongue and really objectively LISTEN to to others’ contributions. We can ALL learn from others, but not if we’re the all-tell, little-listen type. No one has all the answers, and everyone suffers from various forms of cognitive bias at times that negatively affect our perceptions and ability to reason rationally. Those who come off like know-it-all’s are far less effective than they think they are. It’s not lost on the rest of us who are actively tuned-in and see things. Balancing when to speak up and when not to speak up is an art form that time and experience best influence and affect. As with all items on this Top 10 list, it’s obvious when you’ve got it, and it’s painfully obvious when you don’t.