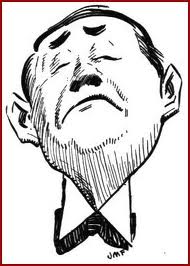 I’m so sick of some people dismissing blog posts, talks or trainings on the so-called “soft skills” as simply “common sense.” Just because you may have read a few books or articles on communication and listening skills, or even attended a seminar or two over the years hardly qualifies you (or me, or anyone) as an expert on these all-important topics. If this information was so “common sensical,” then communication breakdowns would occur far less often than they do.

Question: What do you call common sense not applied? Answer: All-too-common.

In fact, I propose that those who are quickest to side-step this stuff (I call them the Tools) are those who need it most…

Just because some content may seem to contain “nothing new under the sun” in your tiny world-view doesn’t mean the information is any less valuable or necessary. In fact, by directly saying, or implying that you “already know all this stuff” is evidence of the contrary. Truly skilled communicators would NEVER imply they know it all. In fact, they know the opposite. These are the 5%.

Great communicators never have to tell anyone that they are a great communicator… think about that. It’s unnecessary because it’s EVIDENT in their actions, words, and nonverbals.

Great communicators know how to deliver and receive bad news in a way that yields the best reception from their audience. The “my-way-or-the-highway” false bravado bullshit many spew is tired and transparent. There may well be “nothing new under the sun,” but this also includes those smug-asshat-types who bash and bemoan everything just to have an unoriginal voice.

The originality lies in the delivery; in the unique presentation of said information.

Is there anything that someone can possibly offer up that someone, somewhere else doesn’t already know? Probably not. So for all of you “it’s all just common sense” flag-wavers… please do the rest of us a favor and shut the hell up. Your pessimism contributes nothing, and therefore your opinion doesn’t matter. Your negative spew demonstrates both a lack of, and therefore a real need for the exact type of information that’s being presented.

You’ll never see it that way though. You’ll never admit it. You can’t. You’re incapable of the type of humility and honesty necessary for authentic self-reflection. You think that because you “tell it like it is” or “pull no punches” that your edginess is your greatness. It’s not. Or that you’re somehow more enlightened than everyone else. You’re not. You’re actually less so. This tough and gruff, unfiltered demeanor demonstrates a large lack of quality communication and listening skills at best, or a large lack of self-esteem and self-worth at worst. I’m betting on both in most cases.

To clarify: I love (helpful) people who say it like it is, and speak their truth. But then again, I hate (hurtful) people who do this at the same time…  So what’s the difference? I believe it comes down to one’s intentions; the motives underneath the behavior. This difference is THE difference. If the intent is to burn someone or something at the stake simply for sport, or because you’re threatened or disagreed with, then you’re a dick. You suck, and your outspokenness is hurtful and bad. These types are the ones who hide behind their rancor and their rants out of fear. If however your intent is to empower and embolden because you desire to make a difference and contribute, then you rock and your veracity is helpful and good. The difference is whether the endgame is adding positive, or adding negative into the world.

Defensive you say? Damn right I’m defensive, but not in the way you think…

I’m defending my right to speak my mind as well, and to call out the other side of this subject. The side that says you “know-it-all” types are the least knowing of all. I’m defending a position that few take, but needs to be taken more seriously, more often.

If you really think you’re a great communicator and don’t need to sharpen your human relations skills then DEMONSTRATE it by effectively communicating without alienating negatively. Can you do it? I don’t think so… but, I’ve always been an optimist so perhaps there’s still hope for you. Hell, maybe another “how-to” resource is right around the corner that will be just what the doctor ordered to enlighten you?

You see, I really do give a shit…